Government and society usually lag far behind most technological breakthroughs, and typically take quite a while to catch up and react, especially in terms of laws regulating them. For instance, gun regulations took almost three hundred years to be enacted nationally, courtesy of the Vagrancy Act 1824, after ownership of guns and pistols began to spread all across the country beginning from the sixteenth century. 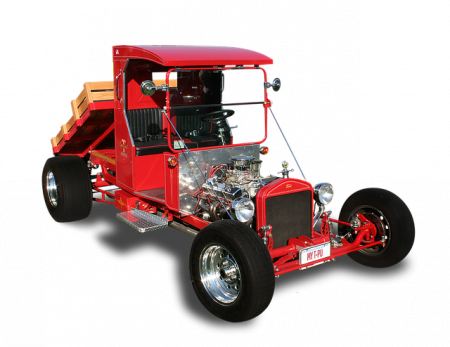 Adapting the concept of property rights to vehicles

Since the implementation of common law in the British Isles in the 11th century, property ownership has relied mainly on three principles: exclusive possession, exclusive use, and acquisition. It was easy enough to prove or transfer ownership of immovable properties between individuals – unlike bicycles or horse carriages.

However, when motor vehicles entered the scene, the government faced an even tougher challenge in trying to verify their ownerships. Ownership of automobiles, which sometimes cost more than homes, cannot be adequately regulated using existing laws. After all, they can be moved dozens of miles overnight, and ownership papers can be forged with the assistance of a single solicitor. Owners could literally find their vehicle sold to someone in neighbouring towns overnight. What’s worst, there were no mechanism to track and identify the stolen vehicles.

The French were the first to implement an identification system for vehicles when the Department of the Seine (now separated into four separate departments administering smaller Paris municipalities) passed the Paris Police Ordinance of 14 August 1893 which stipulated that all motor vehicles must carry a unique identifier tag. The ordinance required that the identification plate contain the name and address of the vehicle owner, along with the authorisation number. In addition, the plates must be made of metal and are to be fixed on the left side of a vehicle.

The ordinance proved to be successful for the council and Paris police, and this led to a similar legislation being passed in Germany in 1896, followed by Spain on 31 July 1897 (explicitly for vehicles not powered by animals). However, the Dutch became the true trailblazer of the number plate scene when the Netherlands Vehicle Authority (Dienst_Wegverkeer) passed the world’s first nationally registered license plate model. This model, with serialised and localised tags, proved to be the blueprint of all subsequent number plate mechanisms.

The United Kingdom finally got its act together in 1904 with the passing of the Motor Car Act 1903, which regulates all aspects of vehicle number plates in the country until it was repealed in 1930 (replaced by the Road Traffic Act 1930).